The scholarship of Meredith G. Kline (1922–2007) was characterized by a very high view of Scripture, a strong commitment to a Reformed view of biblical theology (centered on covenant), explication of the coherence of the Old and New Testaments, and, most of all, a desire to focus the attention of both scholars and lay Christians on the centrality of Christ’s redemptive work of justifying his people and imbuing them with his perfect righteousness. Kline’s writings are often quite creative and full of fresh insights, thoroughly intellectual but also pastoral, and they have provided many with the exciting, energizing feeling that they are reading and understanding the biblical text—and how Scripture in its entirety hangs together—for the first time.

Essential Writings of Meredith G. Kline presents sixteen articles that Meredith G. Kline wrote over a period of forty years. The articles display the unique, creative, and Christocentric way in which Kline interpreted the entire Bible. They cover a range of topics, thereby providing a good overview of Kline’s scholarship. Topics include covenant, law, and the state; faith, the gospel, and justification; redemption; and resurrection and the consummation. Pastors and scholars, especially those in the Reformed community, will be delighted by the fresh insights and wisdom, and sometimes paradigm-changing perspectives, found in the pages of this book. 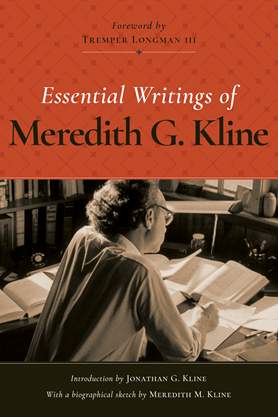