7 Books That Rocked the Church, by Daniel Crane, explores controversial books throughout history that the Christian church has famously disavowed—and asks the question, Why?

Engagingly written and thoughtfully researched, this book explores what the “fuss” was all about with books ranging in date from the second century after Christ to more contemporary authors. Books by Karl Marx, Charles Darwin, Galileo Galilei, and many others profoundly upset the church by calling into question foundational Christian doctrines or beliefs. Most of the books discussed here were banned at some time by Christian authorities.

The author’s aim is to challenge Christians to respond critically but open-mindedly to books that oppose a Christian worldview. Readers of 7 Books That Rocked the Church will come away better equipped to answer the charge that the church is intolerant of competing ideas. They will also develop the ability to interact with new and possibly dangerous ideas that comport with Jesus’ admonition to be wise as serpents but gentle as doves. This book also includes discussion questions for further study. 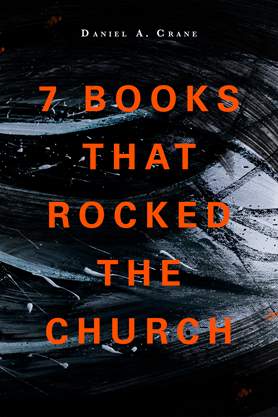