Worry About Worrying: Why Anxiety Makes Us Feel Guilty

This is a guest post by author of Perfectly Suited, J.D. Peabody

It’s been 75 years since the poet W.H. Auden described the times we’re living in as the age of anxiety. If there were any doubts about his assessment then, the last few years have erased them. Fear and worry have spread as quickly as the virus during the pandemic. According to the CDC, over 30% of Americans have been battling anxiety due to COVID-19, let alone the myriad of other reasons we lose sleep.

For many Christians, the mere presence of these negative emotions brings its own set of concerns. Not only do we have to contend with the anxieties themselves—we face the additional burden of the belief that we shouldn’t be feeling them in the first place.

After all, Scripture is full of verses that seem to suggest it’s wrong for us to be in that state:

“Do not be anxious about anything.”

“Let not your hearts be troubled.”

Countless sermons and books have reinforced the message that if you’re anxious, you simply aren’t exercising enough trust in God. The problem is you. 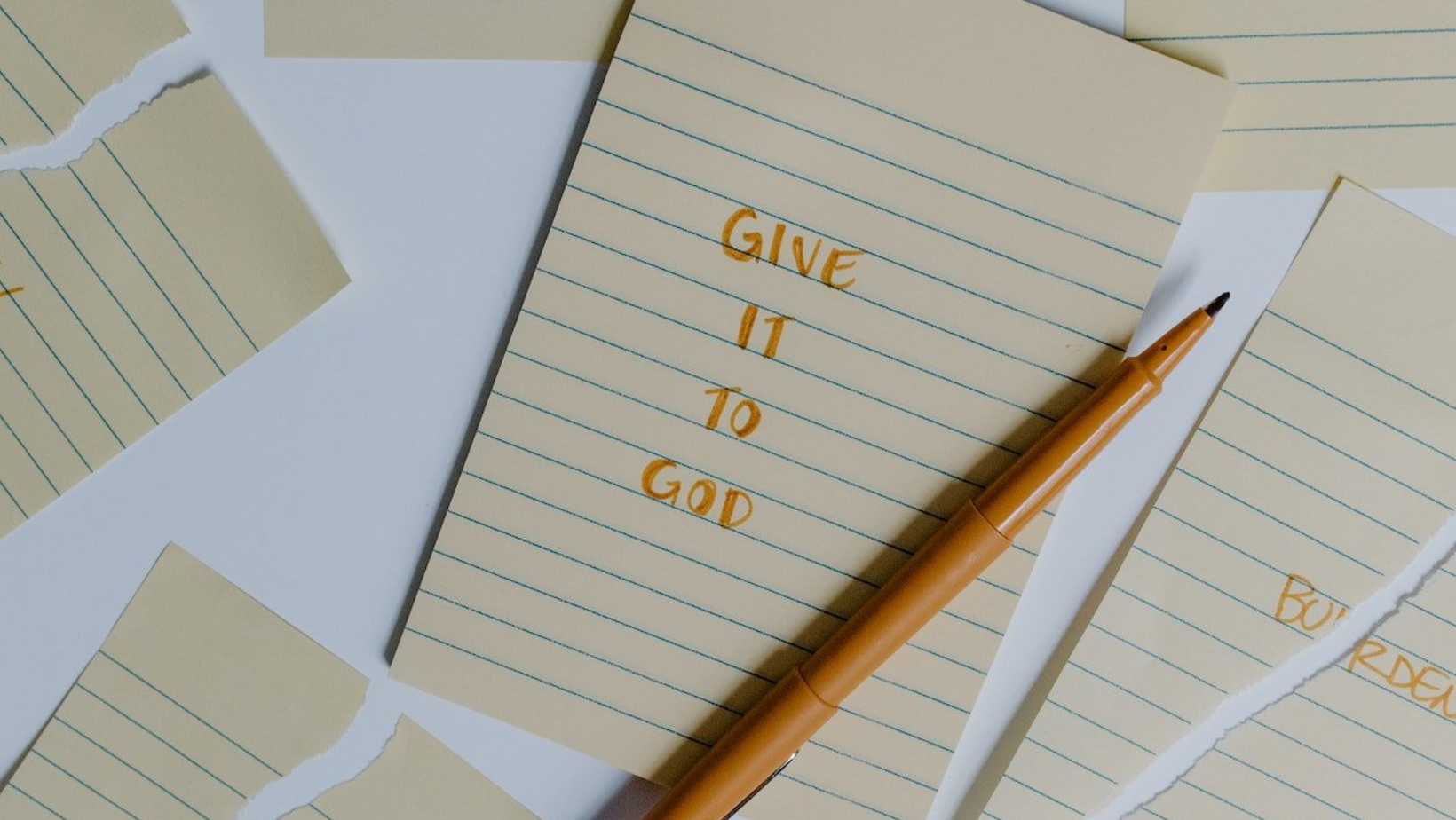 I must confess that as a pastor, in the past I no doubt shared some of that mindset. Speaking to people struggling with anxiety felt less like I was comforting them and more like exhorting them to “do the right thing.” I offered what I thought was the biblical response: choose faith over fear.

That all changed when I found myself caught in the grips of my own debilitating anxiety. I hit an emotional wall in my life and ministry where suddenly my mind spun out of my control. I was being bombarded by thoughts and fears that I couldn’t stop, and it scared me, which poured fuel on the fire. I had no idea at the time that I was exhibiting all the classic symptoms of Obsessive Compulsive Disorder (OCD), which is at its core an anxiety disorder.

From childhood on, I have been a performer, intent on earning acceptance and praise through always complying, always achieving, always obeying. I prided myself on my capacity to fulfill expectations and accomplish what was asked of me.

And here I was, unable to even get a handle on my own brain. It was humbling, bewildering and a complete shift in how I viewed myself. I was full of anxiety, being exactly what the Bible told me I wasn’t supposed to be. My torment was not relieved by how I interpreted the Word—it was compounded by the new factor of guilt. Having anxiety felt like having a sinfully inadequate faith.

When we are incapable of wishing a feeling away and yet we believe it is wrong to have that feeling, that leaves us with shame. We then have to hide what we’re feeling and put on a show, striving hard to prove our worth with a convincing performance.

That’s an exhausting way to live that implies we can’t come to God in our true state without disappointing or angering him.

I have slowly begun to realize that there is more than one way to read a “do not.” You can hear it as a warning against sin and its consequences, the way God warned Adam and Eve about the tree in the garden: “Do not eat this or you will die.” The ten commandments are the classic embodiment of prohibitions that carried punishment when violated.

However, that doesn’t mean every “do not” is in the same category. The God of all compassion is not about breaking bruised reeds. He has no interest in crushing fragile people who are barely hanging on.

C.S. Lewis once wrote, “Some people feel guilty about their anxieties and regard them as a defect of faith. I don't agree at all. They are afflictions, not sins. Like all afflictions, they are, if we can so take them, our share in the Passion of Christ.” 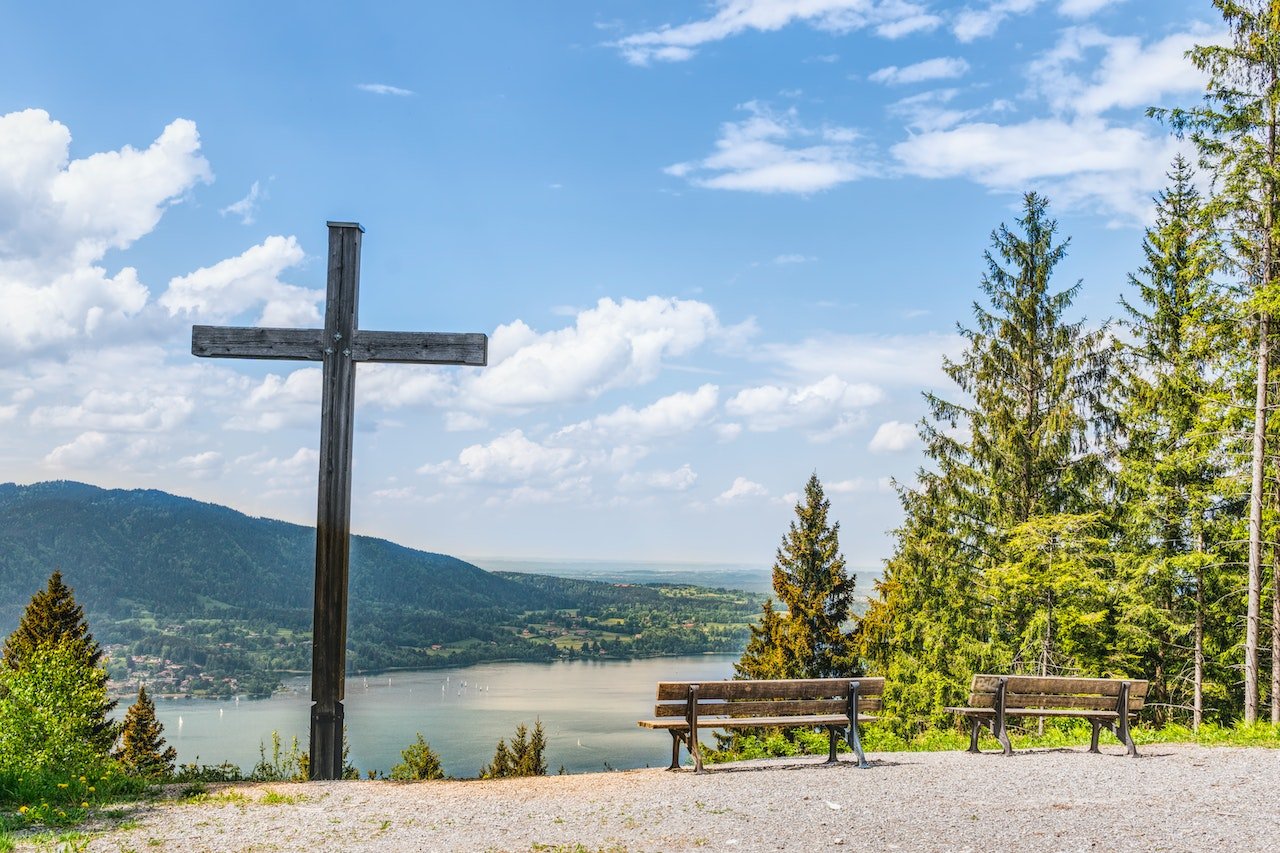 When human parents see their own children afraid, they would never choose to scold them into bravery. So, it seems oddly out of character that God—who identifies himself as love—would respond to deep human anguish with a command to stop feeling what we’re feeling. Such instruction in the midst of fear only adds something else to be afraid of.

I hear the same verses much differently now. The words haven’t changed, but the focus has shifted. Instead of a reprimand, I hear the reassurance of a loving Father intent on alleviating the burden his children are carrying.

Take for example the passage in Matthew 6 where Jesus instructed his disciples not to worry. His emphasis is not on how out of line we are for worrying. He was removing the cause for worry by pointing instead to the great worth God places on us and his complete knowledge of our needs.

Similarly, when Paul instructed the church to not be anxious (Philippians 4:6), he was less interested in condemning that behavior than in providing an alternative direction for that energy, which was to prayer.

As Peter put it, we are to cast all our anxieties on him (1 Peter 5:7). To do that we have to acknowledge they exist. We don’t hide them from God—we offer them to him.

When we do that, we rob our fears of their power. They become like Paul’s thorn in the flesh—painful opponents that God repurposes for our growth. They don’t have to go away for us to be okay.

I have not yet eradicated all my anxieties. Given the physiological and chemical aspects of OCD, I probably never will. My brain works the way it works, constantly generating fears real and imaginary.

But I don’t have to feel guilty about that. And neither do you. There is no need to compound suffering by calling it sin. Instead, we can let our limited capacity to change push us back into the arms of grace. Jesus came to take up all that we cannot fix ourselves. Save guilt for sin. And then bring that, too, to Christ.

Only a tender, merciful God can take the very struggle that’s too much and turn it into a reminder of his love. 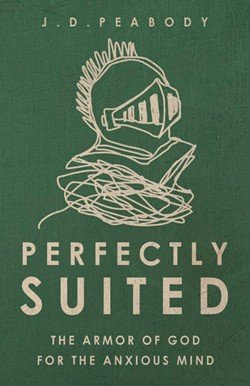 J.D. Peabody is the founding pastor of New Day Church in Federal Way, Washington. A graduate of Fuller Seminary and Biola University, he has written for Worship Leader, First Things, Christianity Today and Plough.com. J.D. and his wife live in the rainy but beautiful Pacific Northwest.