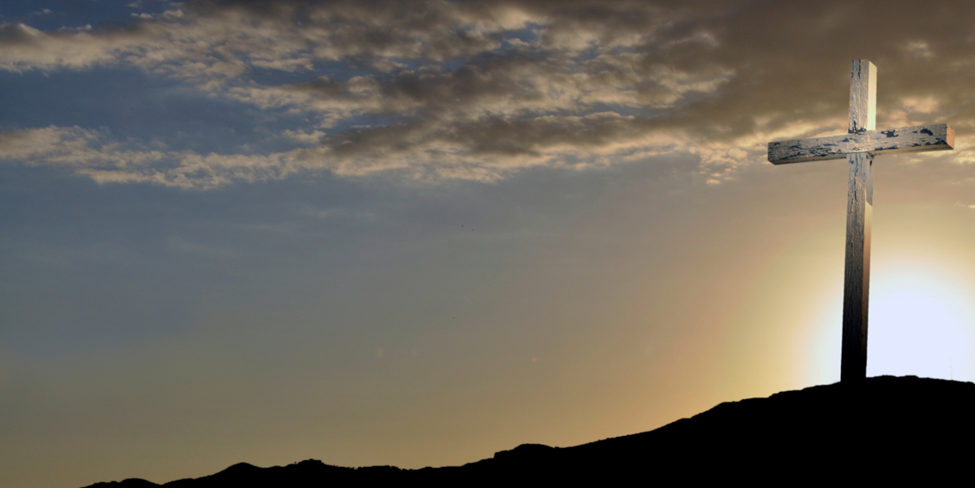 Easter Sunday is the first day after the Season of Lent. It’s the day Christians gather to celebrate Jesus’ resurrection.

Use these Bible verses on the death, burial, and resurrection of Jesus Christ to reflect on God’s love for you—that he would send his Son to die for our sins and raise Christ from the dead, so that if we believed, we will be saved! Share this collection of Bible verses on the resurrection with your Bible study or friends and family to celebrate the true meaning of Easter together.

But Jesus answered them, saying, “The hour has come that the Son of Man should be glorified. Most assuredly, I say to you, unless a grain of wheat falls into the ground and dies, it remains alone; but if it dies, it produces much grain. He who loves his life will lose it, and he who hates his life in this world will keep it for eternal life. If anyone serves Me, let him follow Me; and where I am, there My servant will be also. If anyone serves Me, him My Father will honor.”

Now if we be dead with Christ, we believe that we shall also live with him: Knowing that Christ being raised from the dead dieth no more; death hath no more dominion over him. For in that he died, he died unto sin once: but in that he liveth, he liveth unto God. Likewise reckon ye also yourselves to be dead indeed unto sin, but alive unto God through Jesus Christ our Lord.

If you openly declare that Jesus is Lord and believe in your heart that God raised him from the dead, you will be saved.

Suddenly there was a great earthquake! For an angel of the Lord came down from heaven, rolled aside the stone, and sat on it. His face shone like lightning, and his clothing was as white as snow. The guards shook with fear when they saw him, and they fell into a dead faint. Then the angel spoke to the women. “Don’t be afraid!” he said. “I know you are looking for Jesus, who was crucified. He isn’t here! He is risen from the dead, just as he said would happen. Come, see where his body was lying. And now, go quickly and tell his disciples that he has risen from the dead, and he is going ahead of you to Galilee. You will see him there. Remember what I have told you.”

And Jesus uttered a loud cry and breathed his last. And the curtain of the temple was torn in two, from top to bottom. And when the centurion, who stood facing him, saw that in this way he breathed his last, he said, “Truly this man was the Son of God!”

And Joseph bought a linen shroud, and taking him down, wrapped him in the linen shroud and laid him in a tomb that had been cut out of the rock. And he rolled a stone against the entrance of the tomb. Mary Magdalene and Mary the mother of Joseph saw where he was laid.

And entering the tomb, they saw a young man sitting on the right side, dressed in a white robe, and they were alarmed. And he said to them, “Do not be alarmed. You seek Jesus of Nazareth, who was crucified. He has risen; he is not here. See the place where they laid him. But go, tell his disciples and Peter that he is going before you to Galilee. There you will see him, just as he told you.”

Then to everyone he said, “If anyone wants to come after me, let him say ‘No’ to himself, take up his execution-stake daily and keep following me.”

He is not here; he has risen! Remember how he told you, while he was still with you in Galilee: ‘The Son of Man must be delivered over to the hands of sinners, be crucified and on the third day be raised again.’

“Why are you frightened?” he asked. “Why are your hearts filled with doubt? Look at my hands. Look at my feet. You can see that it’s really me. Touch me and make sure that I am not a ghost, because ghosts don’t have bodies, as you see that I do.” As he spoke, he showed them his hands and his feet.

All praise to God, the Father of our Lord Jesus Christ. It is by his great mercy that we have been born again because God raised Jesus Christ from the dead. Now we live with great expectation, and we have a priceless inheritance—an inheritance that is kept in heaven for you, pure and undefiled, beyond the reach of change and decay.

And when he appeared as a human being, he humbled himself still more by becoming obedient even to death — death on a stake as a criminal! Therefore, God raised him to the highest place and gave him the name above every name; that in honor of the name given Yeshua, every knee will bow — in heaven, on earth and under the earth — and every tongue will acknowledge that Yeshua the Messiah is Adonai — to the glory of God the Father.

But whatever were gains to me I now consider loss for the sake of Christ. What is more, I consider everything a loss because of the surpassing worth of knowing Christ Jesus my Lord, for whose sake I have lost all things. I consider them garbage, that I may gain Christ and be found in him, not having a righteousness of my own that comes from the law, but that which is through faith in Christ—the righteousness that comes from God on the basis of faith. I want to know Christ—yes, to know the power of his resurrection and participation in his sufferings, becoming like him in his death.

And from Jesus Christ. He is the faithful witness to these things, the first to rise from the dead, and the ruler of all the kings of the world. All glory to him who loves us and has freed us from our sins by shedding his blood for us. He has made us a Kingdom of priests for God his Father. All glory and power to him forever and ever! Amen.

For more information on the resurrection of Jesus, check out our resources on Evidence for the Resurrection. To prepare your heart and mind for Easter, explore all our resources relevant to this holy season.