What caused Luther, Calvin, and others to set in motion the Reformation—and what are the consequences, both then and now? Is the 500-year-old breach between Rome and the Protestant church still necessary today? Does the Reformation even matter anymore?

A few contributions include: "The State of the Church Before the Reformation" by Alister McGrath, "The Shape of the Reformation" by Michael Allen, "Luther on the Freedom and Bondage of the Will" by R. Scott Clark, "Who Was Arminius?" by W. Robert Godfrey, "Predestination and Assurance in Reformed Theology" by Michael Horton, "Celebrating Calvin: Ten Ways Modern Culture Is Different Because of John Calvin" by David Hall, "The Journey to Geneva: Calvin and Karl Barth" by Peter D. Anders. 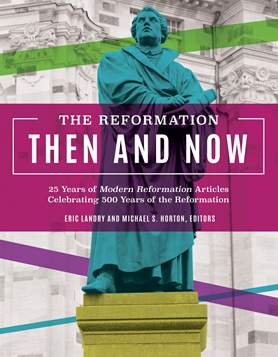