Were other “gospels” included in the New Testament, then later rejected? How do we know the gospels are reliable? Gospels: "Lost" and Found gives solid reasons to trust the New Testament writings, and provides answers to Bart Ehrman's book Misquoting Jesus. Author Timothy Paul Jones, Ph.D., shows where the critics are incorrect and provides us with logical, well-reasoned arguments for believing that Jesus lived, died, and rose again—according to the Scriptures.

This pamphlet is packed with:

Now is the time to discuss textual criticism because critics are bringing this to the public debate and claiming that the Bible cannot be trusted. It is important to help Christians become better informed —ready to "defend the faith." This pamphlet answers the following common questions and more:

Dr. Jones' interest in this topic began many years ago when he came across arguments against the Bible. At first his faith was badly shaken and he wondered if he still believed in the Bible. But as he researched more he found answers. In just fourteen concise pages, Dr. Jones shows the errors in critics' logic and facts —and does it in an easy-to-understand style. 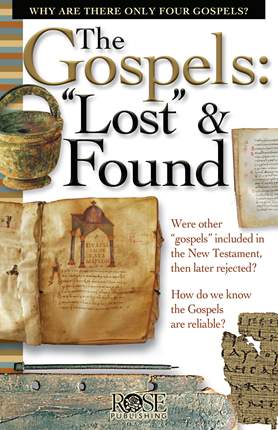