Dutch theologian Herman Bavinck (1854–1921) is widely celebrated as one of the top theologians in the Reformed tradition, and through the ongoing labor of translation teams, editors, and publishers, his vast writings are being offered anew to English-only readers.

This book brings the groundbreaking framework of Bavinck‘s “organic motif” to the fore in one of Bavinck‘s most influential works. In the best sense of the title, the modern, yet orthodox Bavinck offers readers here both a philosophy of revelation and a philosophy of revelation. Philosophy of Revelation was originally presented by Bavinck at the Stone Lectures at Princeton Theological Seminary in 1908, that by itself deserves being published. This classic text is updated and annotated and may function as a supreme entry into the mind of Bavinck. Bavinck saw theology as the task of “thinking God‘s thoughts after him and tracing their unity.” This project can be seen as “thinking Bavinck‘s thoughts after him and tracing their unity.”

Nathaniel Gray Sutanto (PhD, University of Edinburgh) is an elder and theologian at Covenant City Church (Jakarta, Indonesia), and an adjunct lecturer at Westminster Theological Seminary (PA). His recent writings have appeared in the Harvard Theological Review and the Scottish Journal of Theology. Editor currently resides in Jakarta, Indonesia. 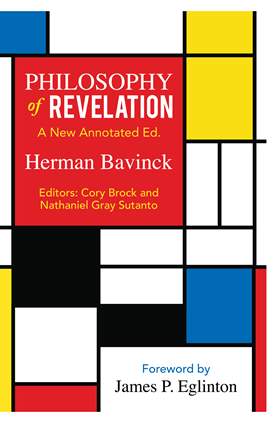