Most everything in the world has changed since the age of the “Greatest Missionary Generation,” which was an outpouring of missionaries following World War II that lasted until around 1985. Today, however, missionaries are no longer welcomed in most of the world, and Christian terms like evangelism, church planting, conversion, and missions are considered pejorative outside of the Western world. All this demands a reexamination of the theology of Missio Dei for today’s world and a theory for change that can be validated with credible research.

Author and former missionary Larry Sharp believes that the era of “professional missions” as we’ve known it is coming to an end. But since God still seeks to redeem his world, the future lies now with “missional professionals,” with a new set of rules for how the gospel of Jesus Christ can be proclaimed. Near the end of his life, Billy Graham said, “The great work of God in the 21st century will be through everyday believers living out their faith in the workplace.” Since the first century AD, there have been historical events—such the persecution of the early church, the Edict of Milan, and the Protestant Reformation—where major disruption resulted in the radical advance of the gospel. We are on the cusp of another disruptive innovation.

Through real-life narratives of international workplace professionals who have successfully integrated their faith with their work, Missions Disrupted describes how this new work of missions looks today. These inspiring stories come from the world of agriculture, manufacturing, medicine, information technology, education, engineering, music, and retail. It is up to the next generations to continue to share the Good News with the world, wherever and however that may be. 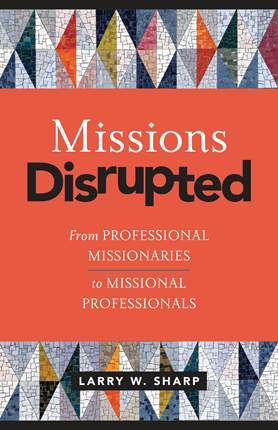