Christianity in South and Central Asia

Those who are interested in studying key themes of this region—such as faith and culture, worship and spirituality, theology, social and political engagement, mission and evangelism, religious freedom, gender, interfaith relations, monastic movements and spirituality, displaced populations, and ecclesiology—will find highly detailed essays and information. Compiled by Gordon-Conwell Theological Seminary’s Center for the Study of Global Christianity, this volume is unmatched in scope and detail.

Kenneth Ross is Professor of Theology at Zomba Theological College, Malawi, Theological Educator (Africa) with the Church of Scotland and Associate Minister at Bemvu Parish, Church of Central Africa Presbyterian. Over the last three decades he has published extensively on Global Christianity. Currently he is the Honorary Fellow of Edinburgh University School of Divinity, and Chair of the Scotland Malawi Partnership. He was awarded the OBE in the Queen’s New Year Honours in 2016.

Todd M. Johnson is the Paul E. and Eva B. Toms Distinguished Professor of Mission and Global Christianity and Co-director of the Center for the Study of Global Christianity at Gordon-Conwell Theological Seminary in South Hamilton, MA. Johnson is Visiting Faculty at Boston University’s Institute for Culture, Religion and World Affairs, leading a research project on international religious demography. He has published encyclopedias, atlases, databases, monographs, and scholarly articles on counting religionists around the world. 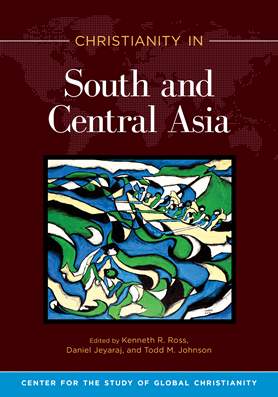