Christianity, Cults and Religions helps Christians know what they believe and why. It helps clarify the differences between various religions, cults, and religious movements and makes a great study guide for small groups, personal study, or Sunday school classes. A well-researched overview from a Christian viewpoint, it contains basic charts that compare world religions, cults and sects. Each world religion, sect, and/or cult is condensed to 100 words for a quick overview. The book explains the basics of the Christian faith and the differences between Christianity and world religions and sects. It includes an optional study guide for Bible studies and adult Sunday school classes. General editor Paul Carden is executive director of the Centers for Apologetics Research and former cohost of the Bible Answer Man radio program. 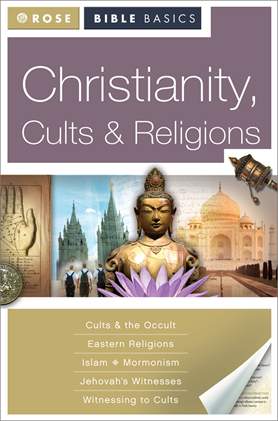