A century ago the average person knew little to nothing about Eastern religions like Buddhism or Hinduism. But as globalization has brought the East and West together, eastern religious teachings and practices are rapidly influencing more and more western culture and beliefs. For example, in 1900 an estimated 1% of North Americans believed in Hindu or Buddhist reincarnation compared with approximately 25% of the U.S. population who believe in reincarnation today. With missionary zeal, Hindu gurus and Buddhist monks—such as the Dali Lama of Tibetan Buddhism and the Maharishi Mahesh Yogi of Transcendental Meditation—have traveled to the West to spread their beliefs. Some eastern religious beliefs and practices have been popularized in western culture through meditation, feng shui, martial arts, acupuncture, and Asian medicine. But the foundational beliefs of the eastern religious worldview remain in stark contrast to the Christian worldview. Christianity and Eastern Religions helps Christians understand their own beliefs as well as those of other religions. 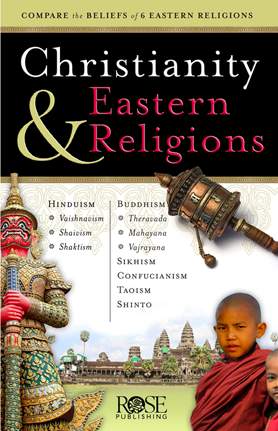